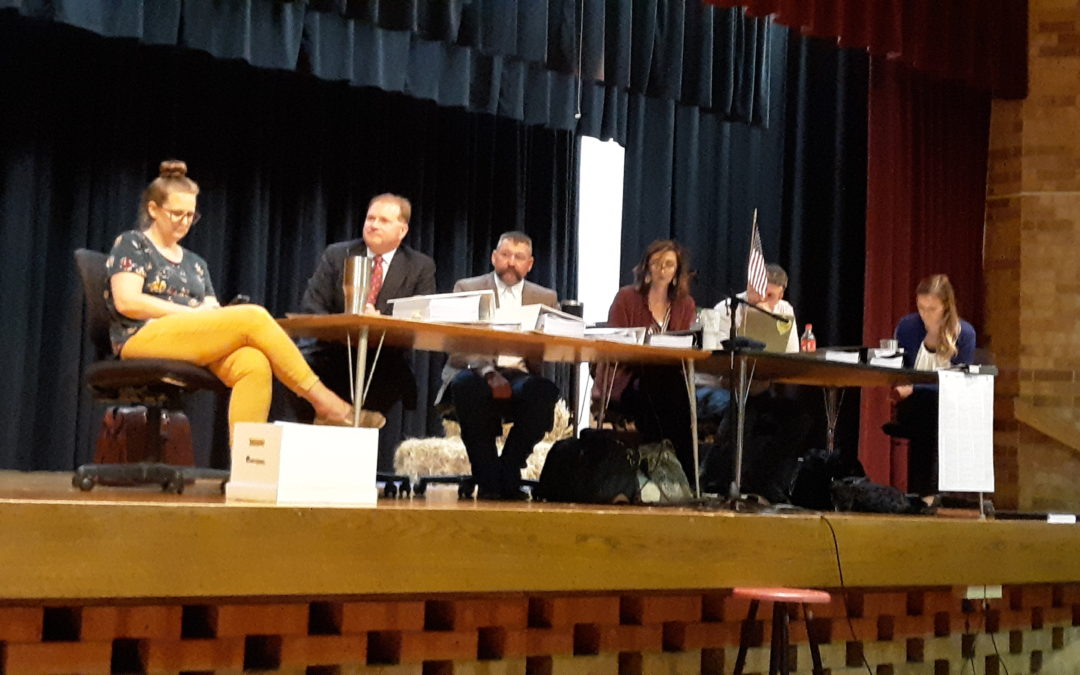 The Cherry County Commissioners heard almost 2 hours of testimony at yesterdays public hearing on a conditional use permit for a potential wind farm near Kilgore. The developer Bluestem Sandhills Kilgore filed the application with the county 470 days ago. During the hearing 14 people spoke in support of the application and 20 people testified against.  Opponents claimed the application was void because of problems with notary signatures and a parent company of the applicant being dissolved.  Opponents also mentioned health and environmental concerns.  Proponents testified that the application meets all regulations with the county and private property rights should allow them to build on their own property. They also mentioned over $200,000 annually in state mandated revenue to the Cody Kilgore School District.

At the end of the hearing, Commissioner James Ward made the motion to take the testimony under advisement and set a date for a vote on the issue at the September 25th commissioners meeting. Commissioner Tanya Storer seconded the motion. The vote was unanimous in favor of the motion.