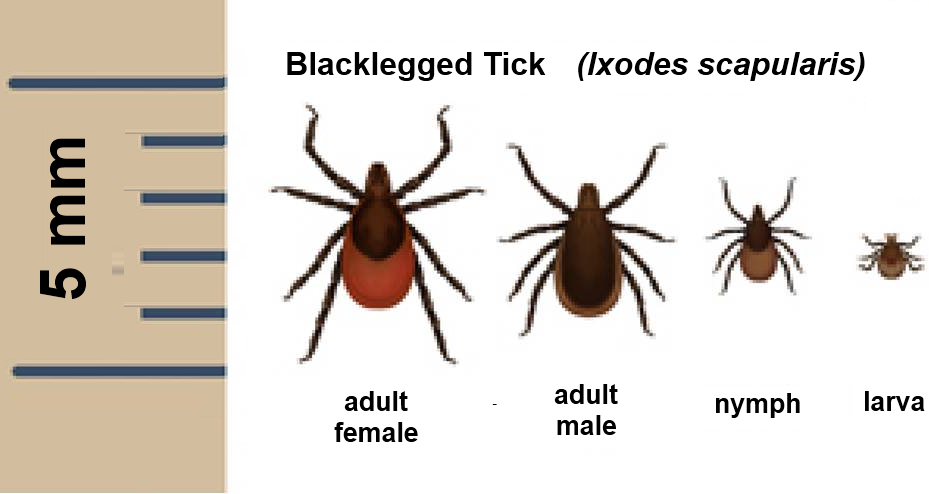 Nebraskans can now add the blacklegged tick to the list of ticks found in the state. Established populations of this tick were recently identified for the first time in Nebraska in Douglas, Sarpy and Saunders counties. Blacklegged ticks, also called deer ticks, can transmit Lyme disease and other diseases.

“Ticks can be efficient carriers of disease and tick-related illnesses can be serious,” said Dr. Tom Safranek, state epidemiologist for the Nebraska Department of Health and Human Services (DHHS). “We see very few cases of Lyme disease and other human diseases associated with this tick in Nebraska. Most have been from exposure in areas of the country where the tick and the diseases it transmits have been long-established. Detection of established populations heightens our concern.”

DHHS plans to keep a close eye on the blacklegged tick and efforts are underway to conduct further surveillance. People concerned about possible infection from a tick bite should contact a healthcare provider. Suspected infections should be reported to a local health department or DHHS.

Ticks are not insects. They’re actually close relatives of scorpions, mites and spiders. There are now four types of medically-important ticks found in Nebraska:

There are simple steps people can take that offer protection against any type of tick.

Ticks are generally found near the ground, in brushy or wooded areas. They can’t jump or fly. Instead, they climb tall grasses or shrubs and wait for you to brush against them. When this happens, they hang on to you with tiny claws and then take a bite.

What to do if you find an attached tick:

Some pets are also susceptible to tick-related disease. Learn more about tick bite prevention for your pets –  www.cdc.gov/ticks/avoid/on_pets.html.