Tornado Touches Down Near Kyle, SD 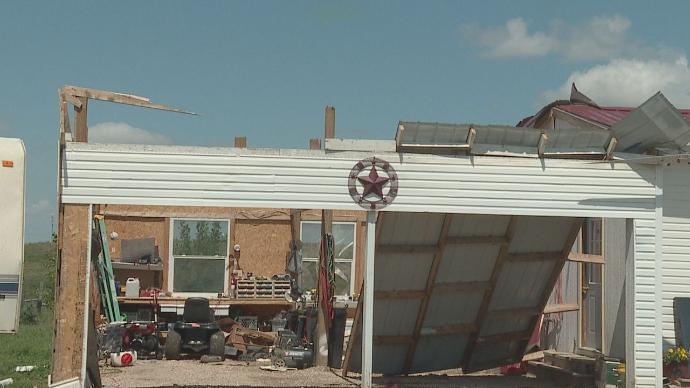 The National Weather Service says a tornado twisted trees and straight-line winds damaged several houses near Kyle over the weekend.

The Rapid City Journal reports that winds reached 80 mph in the Sunday afternoon tornado that developed out of an intense thunderstorm in eastern Oglala Lakota County. One house southwest of Kyle was destroyed by winds estimated to have reached 120 mph.

No injuries were reported.

The storm came just two days after a thunderstorm dropped hail as large as softballs in the county, damaging about 300 homes and 100 vehicles.