Rain played only a small role in the Independence Day’s festivities for Valentine. The parade started things off, and below are the winners:

The parade was led by members of Cub Scout Pack 288. 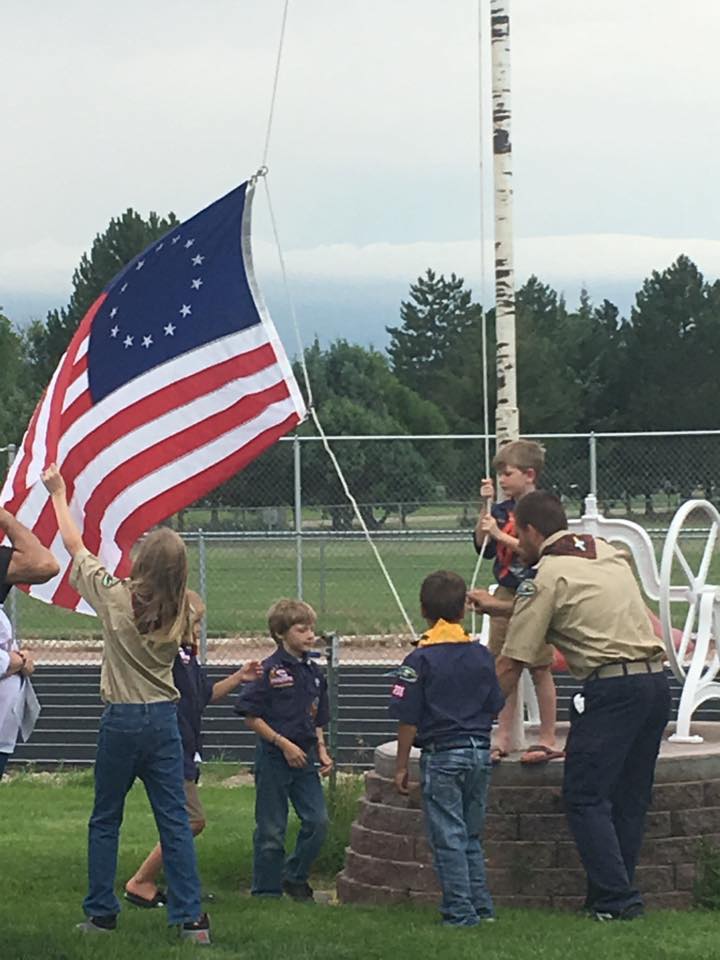 Immediately following the parade, the Let Freedom Ring Ceremony was held at Badger Field. Rain affected the program, but the Cub Scout Pack #288 raised the flag and lined up the volunteers for the first thirteen states. Little Miss Poppy Rylee Wackler led the Pledge. The reading volunteers were lined up and as they commenced reading the Declaration as appropriate, it began to thunder, but the readers forged on. Many stayed to ring the Badger Bell to celebrate 242 years of living in a free republic despite the rain.
(Pictures by Ginny Nelsen)

The Valentine Lions Club Richard Sokol Memorial Fireworks display capped off the night. Many thanks to area businesses for their donations to make that event happen.