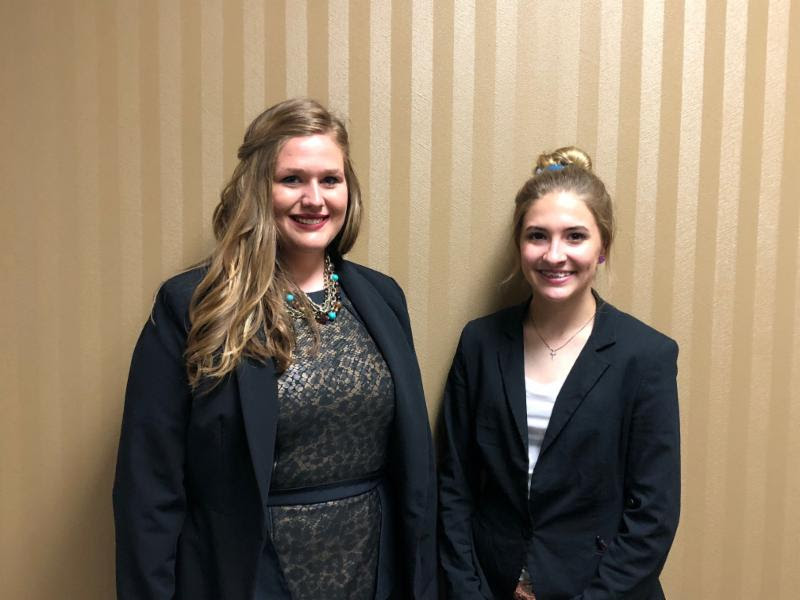 The Nebraska Cattlemen’s NCW Consumer Promotion and Education committee announced the results of the 2018 Nebraska Beef Ambassador Contest held June 6, in Grand Island. The Nebraska Beef Ambassador Program provides an opportunity for youth, ages 14 – 24 years old, to become spokespersons and future leaders for the beef industry. The two divisions, senior and collegiate, were judged upon three different areas of the industry consisting of a mock consumer promotional event, media interview and an issues response.
Devin Jakub of Brainard took home the first-place rank in the collegiate division along with a scholarship from the Nebraska Cattlemen Foundation. Devin will be competing in the ANCW Collegiate Beef Advocacy Program. Dakota Lovett, Bladen was awarded second place and Savannah Schafer, Nehawka came in third place.
Senior contestants Hannah Pearson, Valentine received first place and Rachel Smith, Osceola, was second place (pictured left to right).
The first-place winners of each division were awarded a cash prize and a custom belt buckle while all winners received a cash prize. The Beef Ambassador will be traveling Nebraska over the next year to promote Nebraska beef and help education students at ag to school programs.
“We had a great contest this year. All of the contestants were very well prepared and their knowledge of the beef industry was very in depth”, stated Gina Hudson, NCW chair. “Thank you to the judges and volunteers that helped with this year’s Beef Ambassador contest.

The 2019 Beef Ambassador contest is set for June 4 in Columbus. Contest information can be found at www.nebraskacattlemen.org.