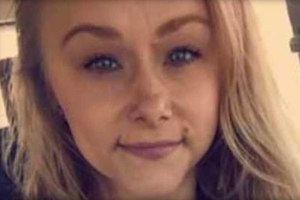 LINCOLN, Neb. (AP) – Two longtime suspects in the killing of a 24-year-old Lincoln woman have been charged with first-degree murder.

Authorities announced the charges Monday against 51-year-old Aubrey Trial and 23-year-old Bailey Boswell, both of Wilber.

Trail has publicly acknowledged that he’s responsible for the death of Sydney Loofe, who went missing in November. Loofe’s body was found in a rural Clay County field in December.

Trail and Boswell have been in the Saline County jail on unrelated charges since late November and have long been considered suspects. They also were charged Monday with improper disposal of human skeletal remains, a felony.

Boswell and Trail will appear in Saline County District Court on Tuesday. Attempts to reach them for comment Monday were unsuccessful.