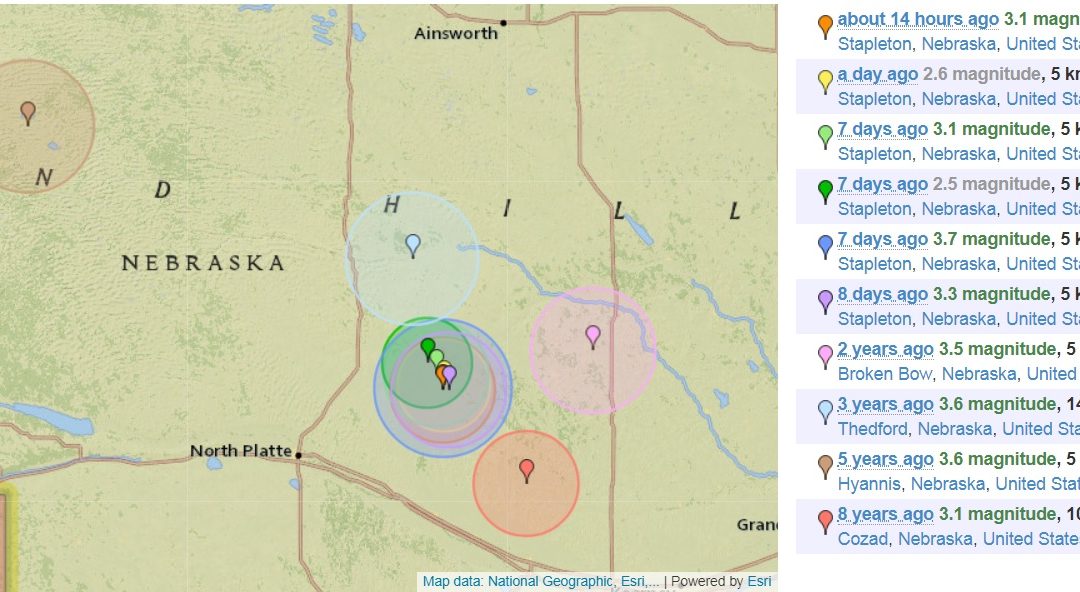 The National Weather Service says that a 2.6 magnitude earthquake hit 20 miles southeast of Stapleton near Arnold around 6:39 p.m. on Sun., April 15. Another quake was reported Monday, April 16th around 4:48 p.m. with a 3.1 magnitude, making it the sixth earthquake to hit the area in the last week.

They say that the Sunday earthquake went a depth of three miles and that they are already receiving reports from people who felt the quake, particularly northwest of where it happened.

Earlier, during the week of April 8, people felt four earthquakes within the span of 36 hours near Arnold.

According to the U.S. Geological Survey, there have now been 47 earthquakes detected in Nebraska since 1975.