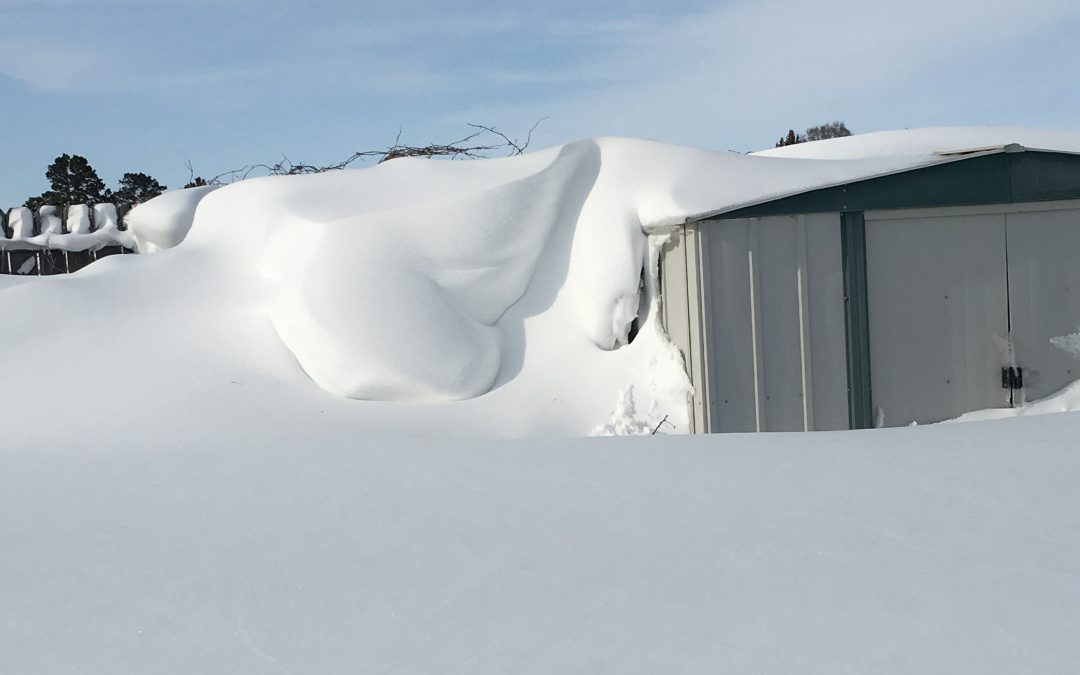 A late spring blizzard roared through North Central Nebraska and South Central South Dakota on Friday the 13th, which lasted into Saturday morning, dumping between 12-20 inches of heavy snow on the area.
The storm prompted numerous road closures due to zero visibility and treacherous road conditions. A semi tractor jackknifed on Highway 20 between Valentine and Wood Lake, and there were several other cars and trucks stranded on roadways. A large stretch of I-90 was shut down for a majority of the day Friday and Saturday.
The storm shut down stores, shops, restaurants and even gas stations around town. It had a huge impact on the ranching community as well, with ranchers spending most of their time in the field attempting to find cattle and baby calves trapped in the deep snow. KVSH received reports of 6 foot high drifts in some spots. While specific reports on the calves’ survival rates are hopeful, some losses are inevitable after a storm of this magnitude.