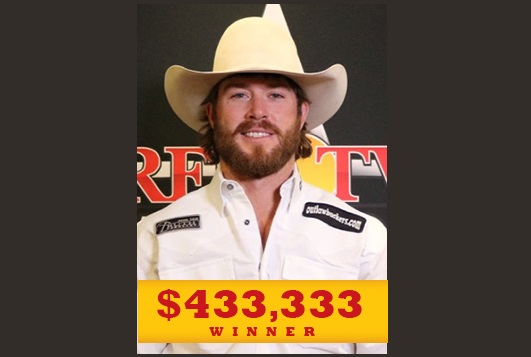 The American offered competitors $2 million, a record payoff for a single performance rodeo. Feild, Scheer and Lockwood each were eligible for a share of a $1 million “side pot” within the $2 million purse.
The three riders split the $1 million. Each competitor earned $333,333, plus $100,000 that goes to the winner of every event.

Scheer, originally from Elsmere, NE finished No. 1 in saddle bronc riding with an 89.

Scheer did not qualify for last year’s NFR. So, in order to qualify for The American, Scheer, Reeves and Feild each earned a berth through the Qualifier System by a strong finish during The American Semifinals last week at Fort Worth’s Cowtown Coliseum.