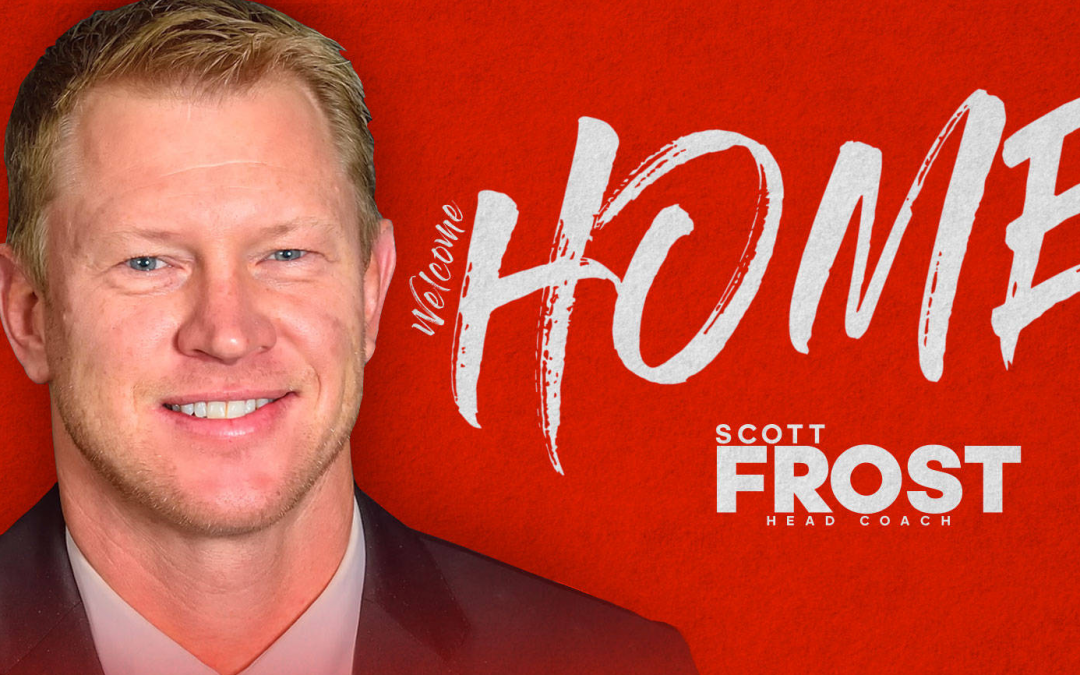 Scott Frost, the native son who quarterbacked Nebraska to a share of the national championship 20 years ago, is returning to the Cornhuskers as coach after orchestrating a stunning two-year turnaround at Central Florida.

Athletic director Bill Moos on Saturday announced the much-anticipated hire a bit later than expected, about two hours after Frost’s 12th-ranked UCF team defeated No. 16 Memphis 62-55 in two overtimes in the American Athletic Conference championship game to extend its perfect record to 12-0. Frost agreed to a seven-year, $35 million contract.

Frost’s arrival at Nebraska has been long anticipated by fans clamoring for the program to return to the so-called Nebraska Way, a culture that yielded unprecedented success from the 1960s to 1990s under Hall of Fame coaches Bob Devaney and Tom Osborne.

“It is a great honor and privilege to have the opportunity to return to Nebraska and to lead the Husker football program,” Frost said. “I have been fortunate to be at a wonderful school the last two years, but Nebraska is a special place with a storied tradition and a fan base which is second to none. I am truly humbled to be here. The state of Nebraska and the Husker program mean a great deal to me. This is home.”

The 42-year-old Frost, who will be introduced at a Sunday news conference, takes over for Mike Riley, who was fired last Saturday. Frost is faced with the task of rebuilding a program that during a 4-8 season had their most losses since 1957, their fewest wins since 1961 and saw opponents score more than 50 points four times.

Johnny Rodgers, who won the Heisman Trophy for Nebraska in 1972, welcomed the move.

“I think it’s a good deal because the whole Husker nation is pretty much behind this,” Rodgers said in a telephone interview with The Associated Press. “We’ve always wanted someone with Nebraska ties as far as coaching was concerned, ever since they let Frank (Solich) go.”

Frost built an impressive resume as an assistant coach at Oregon and was seen by fans as a viable candidate after Nebraska fired Bo Pelini following the 2014 season. But then-athletic director Shawn Eichorst made a surprise hire, bringing in Riley from Oregon State. The Huskers went 19-19 over his three seasons.

Meanwhile, Frost excelled the last two years at UCF in his first head coaching job. He took over a Knights team that didn’t win a game in 2015 and went 6-7 and earned a bowl bid in 2016.

That success has Moos thinking big.

“I am thrilled that Scott is returning to his alma mater to lead the Husker football program,” Moos said. “I truly believe that we have hired the premier young coach in the country and that exciting times lie ahead.”

Frost’s success has happened with a dynamic offense he dubbed “UCF-Fast” and averaged a nation-best 48.3 points per game entering Saturday’s game.

Frost’s father, Larry, played wingback for Devaney from 1967-69. His mother, Carol, was the first Nebraska female athlete to compete for the U.S. Olympic team, competing in the discus in 1968, and she later was the Huskers’ coach in women’s track.

Scott grew up about 100 miles west of Lincoln in Wood River, where his dad was head football coach and his mom was receivers coach. He started all four of his seasons at Wood River, was the state high school player of the year as a senior in 1992 and one of the nation’s most highly recruited quarterbacks.

Frost narrowed his college choices to Nebraska and Stanford and shocked the state when he accepted Bill Walsh’s offer to play for the Cardinal. He never gained traction as a quarterback at Stanford and ended up playing safety.

He returned to Nebraska and sat out the team’s 1995 national championship season due to transfer rules. He was the Big 12′s offensive newcomer of the year in 1996, and the next season he led the Huskers to a 13-0 record.

In an image burnished in the collective memory of Nebraska fans, Frost took the microphone on the field moments after a 42-17 win over Tennessee in the Orange Bowl and delivered a speech imploring voters in the coaches’ poll to send Osborne into retirement with a share of the national championship. The coaches did vote Nebraska No. 1, and Michigan was crowned champion by The Associated Press.

The New York Jets drafted Frost in the third round in 1998, and he spent six seasons as a safety with four NFL teams. His coaching career began taking off at Oregon, where he was Chip Kelly’s receivers coach from 2009-12 and Mark Helfrich’s offensive coordinator from 2013-15.

Now Frost returns to his alma mater charged with returning to prominence a program teetering on the edge of national relevancy. The Huskers won five national titles between 1970 and ’97 and rank fifth all-time with 893 victories. They also have won an NCAA-record 46 conference championships, but none since 1999.

Frost will be Nebraska’s fourth coach since Solich, who took over for Osborne, was fired in 2003. Frost’s three predecessors had no ties to Nebraska, and his track record at Oregon and UCF has fans confident he is the right man to return the Huskers to their place in the college football hierarchy.

“He left here a long time ago and rose to be a star,” Rodgers said. “Now, he’s coming back with the opportunity of a legacy.”

Frost looks forward to the challenge.

“I am appreciative of the confidence Bill Moos and our university leadership have in me to lead this program,” Frost said. “I would not have the opportunity to be in this position without a lot of great people who have helped me throughout my career. Specifically, I would like to thank Coach Osborne who has played such an integral role in my life over the past two decades, both on and off the field. Go Big Red!”