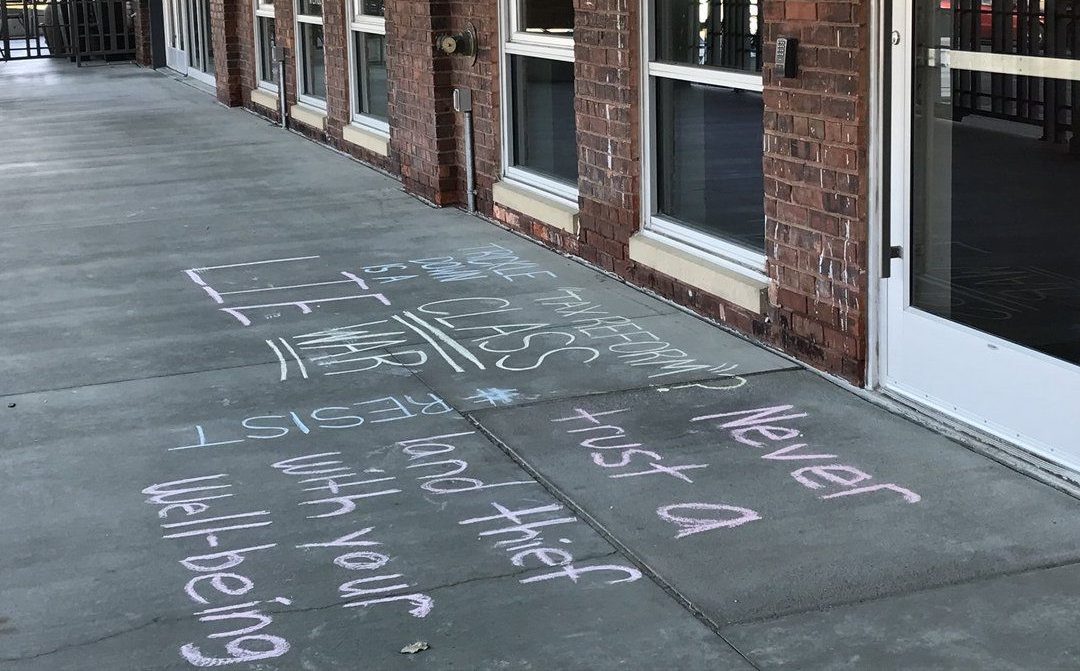 A vandal or vandals left messages in large chalk letters on a sidewalk outside U.S. Sen. Deb Fischer’s office in Lincoln’s Haymarket District.

The messages included: “Never trust a land thief with your well-being,” and, “‘Tax Reform?’ Class War.”

Clark says Fischer’s name on the building directory was scratched out and replaced with a “nasty name” that Clark would not provide. Also, red spray paint was used to cover the U.S. Senate seal on the building’s exterior.

No arrests have been reported.