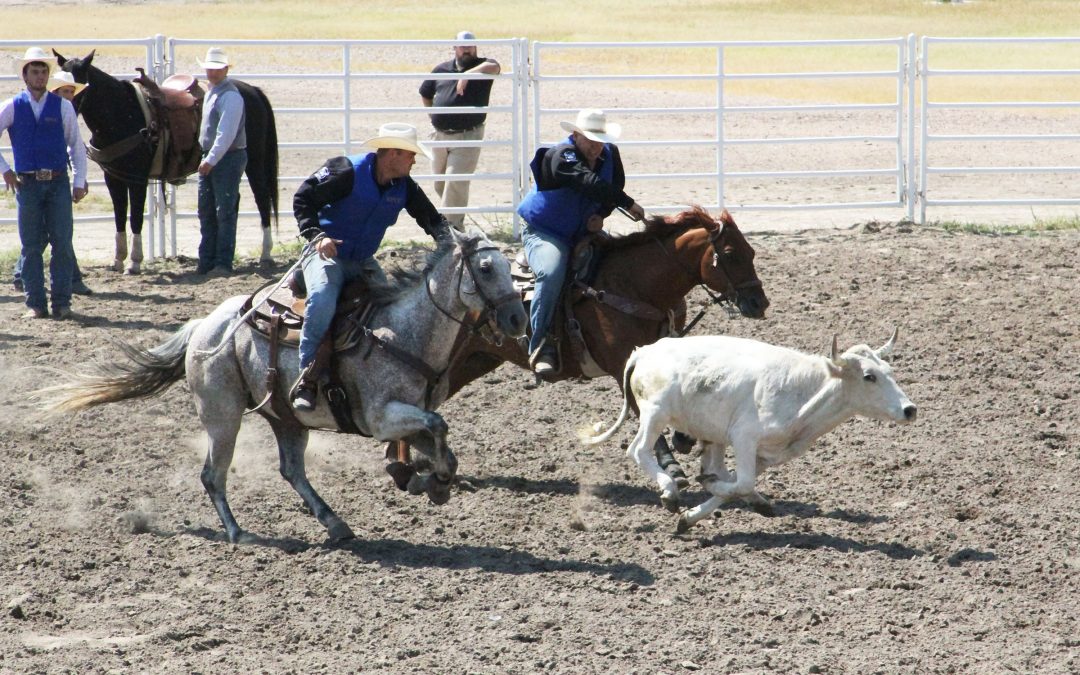 In the Breakaway Calf Roping, Jaydn Hollenback won the average with an 8.1  She was second in the long go with a 3.5 and was fourth in the short go with 4.6  Jaydn is a sophomore at Black Hills State at Spearfish.

Also, in the Breakaway Calf Roping, Kaitlin Reece won second in the average with an 8.3  She was third in the long go with a 4.1 and second in the short go with a 4.2.  Kaitlin is grad student at SDSU at Brookings.

Jake Fulton won the sort go in the Steer Wrestling as was third in the average.  Jake is a student at the University of Nebraska-Lincoln.