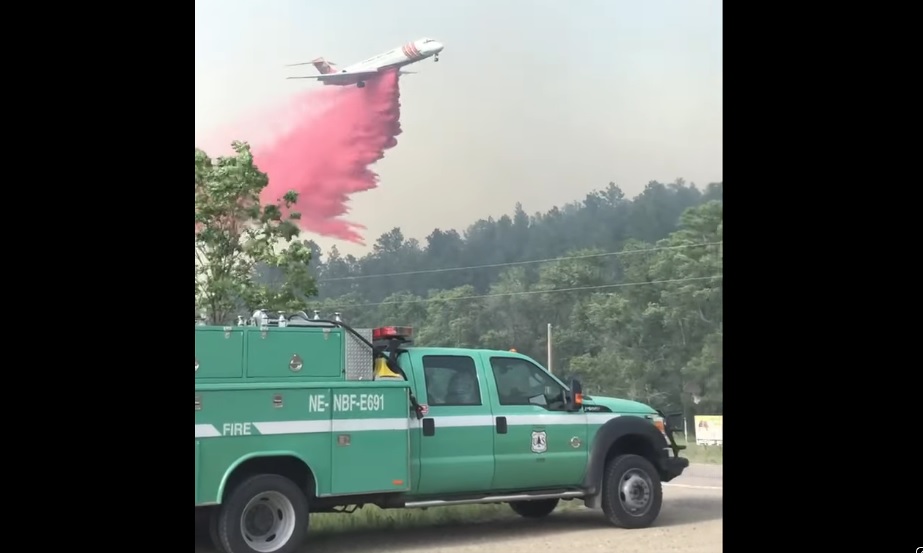 According to Rosebud Agency B.I.A. Superintendent, Joelynn Ashley, due to calmer winds the last 24 hours, the fire that started just west of the St. Francis, SD community on Saturday, June 18th has not grown significantly, allowing firefighters to stop forward progress. It is now 80% contained, and approximately 12 square miles, or 3,810 acres.

Heavy helicopters are supporting hand crews and fire engines with containing the wildfire. While the grass fire is mostly extinguished, firefighters are improving containment lines in the thicker ponderosa pine time to ensure the fire does not reignite.

There are no evacuations or road closures at this time.

The wind-driven wildfire that is under investigation was likely sparked by high winds that arched powerlines in the afternoon of June 18th. The fire quickly raced north, consuming approximately 6 miles of grass and timber within the first 24 hours. While the fire did not destroy or damage and structures, its rapid growth initially threatened the communities of St. Francis, Two Strike and Grass Mountain.

On June 19, four large and small airtankers dropped retardant to slow the fire’s growth, allowing firefighters to successfully protect the communities and all structures. Aviation assets have since been used to support engine and hand crews with conducting burning operations that successfully stopped the fire’s forward progress as of June 22, 2022.