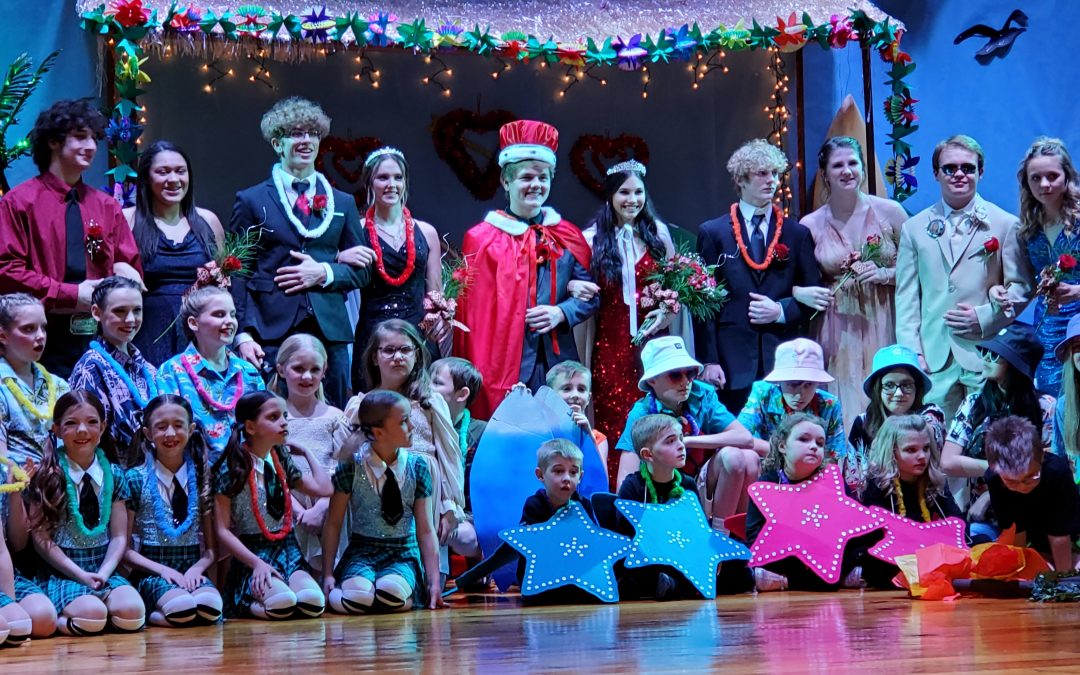 The 78th annual Valentine Coronation was held Sunday evening at Valentine High School, hosted by the alumni Coronation Committee.  The theme was Escape to Love Island.  Sean Springer and Lindsey Boes served as hosts for the evening appearing at Gilligan and MaryAnn. Sean Springer was also honored with the Most for VHS award.  Danielle Arganbright received the Heart City Heart Award for her service to the youth, schools and community.

Pages from the Freshman class were Tacey From and Cinch Miller. Count and Countess from the Sophomores were Will Springer and Kinsey Buechle. Junior class Duke and Duchess were Cayden Lamb and Malika Monroe.  Cody Miller and Nicole Williams were crowned Prince and Princess from the Senior class and Grad Kelber and Holden Mundorf were named Queen and King of Hearts.