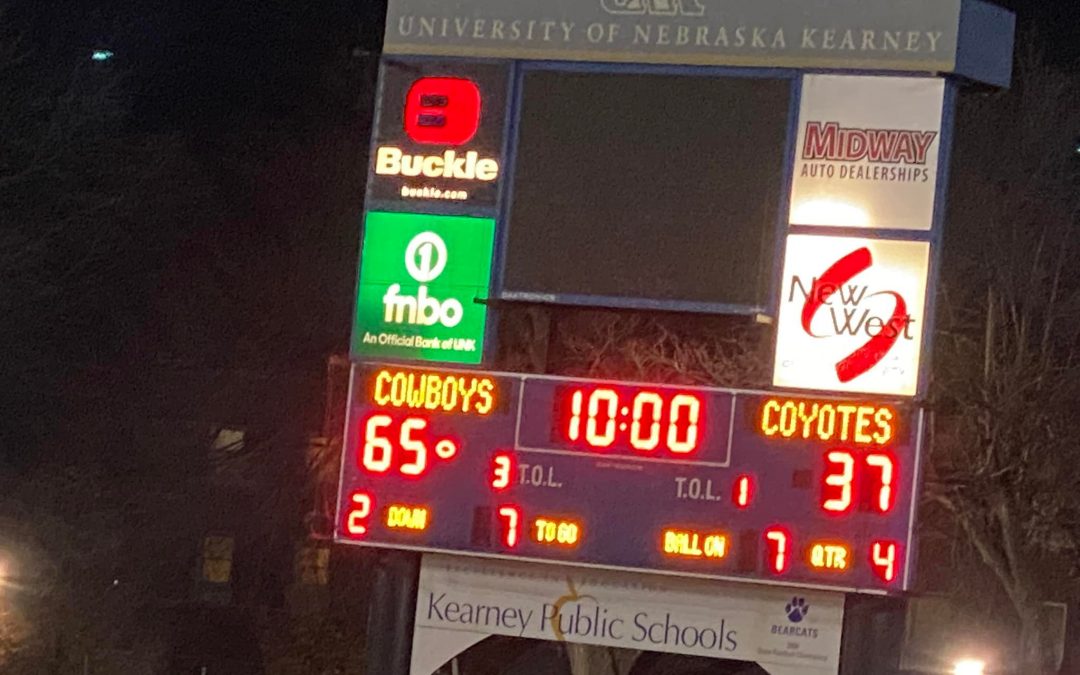 Cody Kilgore claimed the NSAA 6 man high school football championship Friday night. The Cowboys defeated Potter Dix in the championship game 65-37. Cody Kilgore led 29-16 at half and then extended the lead to 45-24 at the end of the third quarter. The victorious Cowboys finished with 464 total yards, 444 of which were on the ground. The C-K defense held Potter Dix to under 300 total yards and allowed only 60 rushing yards. Peyton Wilkerson-Sterk had a huge game for Cody-Kilgore finishing with 240 yards rushing and 5 touchdowns. Cody-Kilgore finishes the season undefeated at 12-0. It is Cody-Kilgore’s first NSAA state football championship.