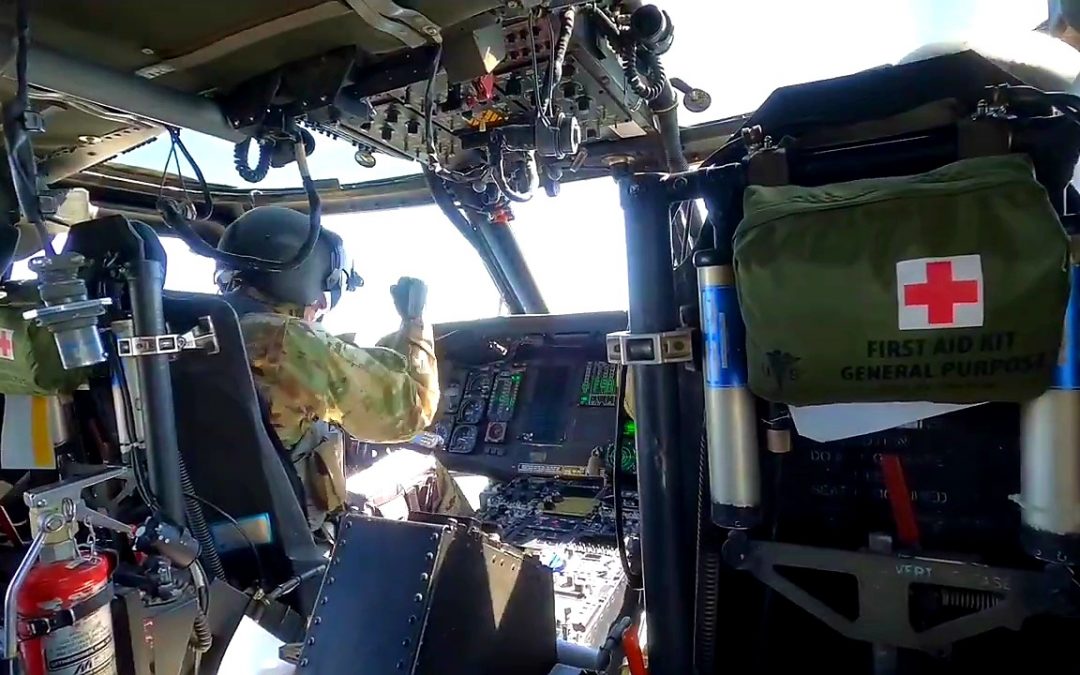 It’s not every day we get to shout out Blackhawk Helicopter crews. The 29th Combat Aviation Brigade, the aviation brigade for the 29th Infantry Division, a major aviation command of the Maryland Army National Guard, were at 5,500 feet flying through northern Nebraska when they found our station using their aircraft navigational radio which is also an AM radio receiver. CW3 Scott Hamilton told the second aircraft with them to tune us up. That’s when COL Ferguson who was in the other Blackhawk bet him dinner/lunch if he could get a song dedicated. Looks like lunch was on him! While KVSH Radio doesn’t normally do personalized shout outs, we thought this was a very special exception.
Thank you to the crews for sending us this video and dialing us up. We are so appreciative for your service!