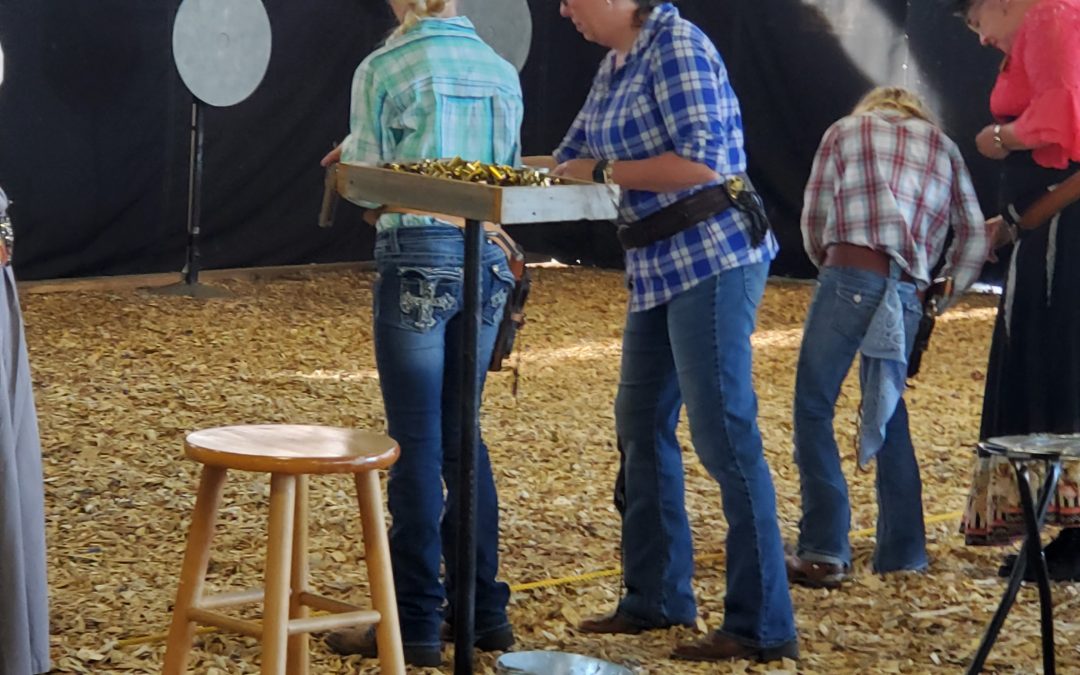 The Sparks Nebraska Spurs Chapter of the Cowboy Fast Draw Association hosted another successful weekend of competition in Valentine this past weekend at the Cherry County fairgrounds. The club hosted the Nebraska State Championship on Friday which was won by KK Kid from Texas for the ladies and Gun For Hire from South Dakota won the men’s shoot. This was the 10th anniversary of hosting the event in the Valentine area and the club did several special things to mark the occasion.

The Great Plains Territorial shoot was held Saturday and Sunday. Territorial ladies championship went to Dead Eye Daisy from Michigan and Big Ugly from Virginia won the men’s title. Big Ugly was also the winner of the four gun raffle drawing sponsored by the club.

In all, there were about 90 shooters from 12 states including ladies, men and youth. States represented included; NE, SD, KS, CA,AZ,NV,ID,TX,MO,MI. WI and MN

The Sparks Spurs would like to thank the community for supporting the event especially their major sponsors, Cherry County Visitors Promotion Board, Union Bank and Trust, Valentine Dental Clinic, Corky and Janett Worth and The Pit Stall. The support of Berry Creek Gun and Pawn, The Gun Cabinet and Jorgenson Land and Cattle is also appreciated. There were numerous other sponsors that helped support this event.