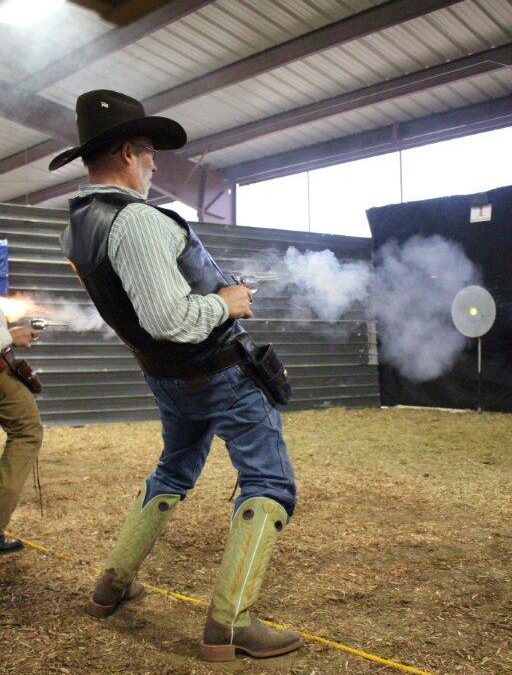 The Sparks Nebraska Spurs chapter of Cowboy Fast Draw Association will host two sanctioned shoots in Valentine this weekend at the Cherry County Fairgrounds. On Friday they will host the Nebraska State Championship and Saturday and Sunday will be the Great Plains Territorial Championship. This will be the 10th year that the club has brought the Nebraska State Championship in the Valentine area. The competition has grown to over 100 shooters from over a dozen states competing for men’s and ladies titles. The competition consists of participants paired against each other using real old west style pistols, shooting wax bullets at metal targets for the fastest times.

Action starts at 9AM each day and the public is welcome.