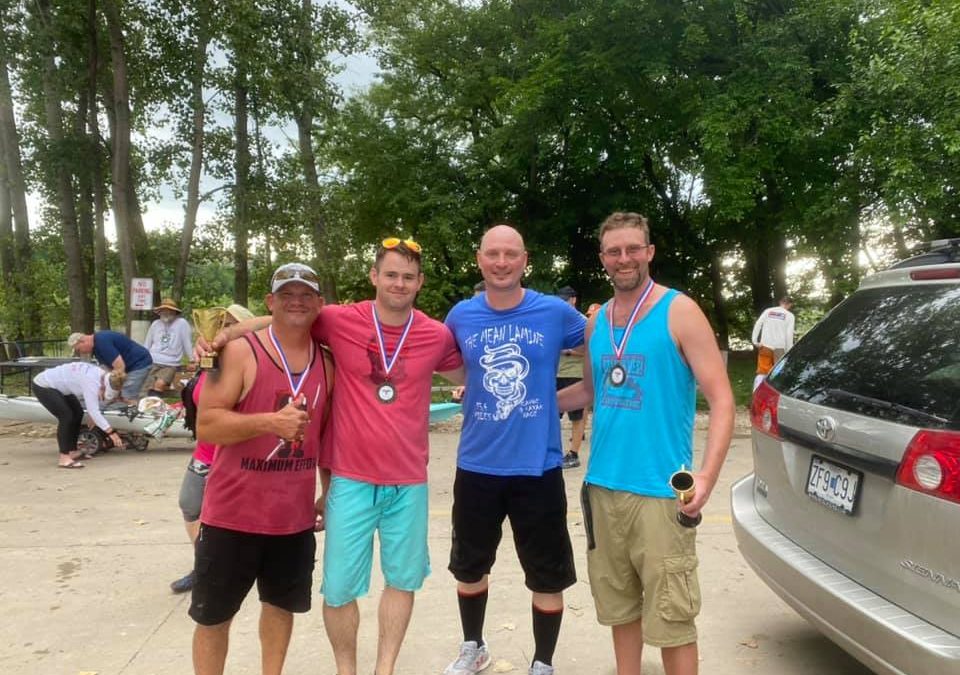 Three local Valentine athletes competed Saturday, July 10th, 2021 in the Missouri River Freedom race, a 63-mile-long canoe and kayak race from Boonville to Jefferson City.
Mike Huggins placed 2nd in the men’s solo unlimited kayak division, making the 63-mile trek in just under 7 hours (6:58:38). Josh Krueger brought home a 3rd place trophy in the men’s kayak class, which has an 18-foot length limit for the vessel, finishing in approximately 7 ½ hours (7:30:01). Tommy Broom also competed in the men’s kayak class and finished in the top half of the competitors in approximately 8 hours (8:11:18).
There were over 90 racers and 70 boats that competed in the race, which was rescheduled from two weeks prior due to floodwater conditions on the Missouri River. Race organizer Joe Mann and his two teammates placed 1st in the team division, paddling a 37 foot self-engineered pedal boat dubbed “The Kraken” in just over 6 hours (6:14:40).