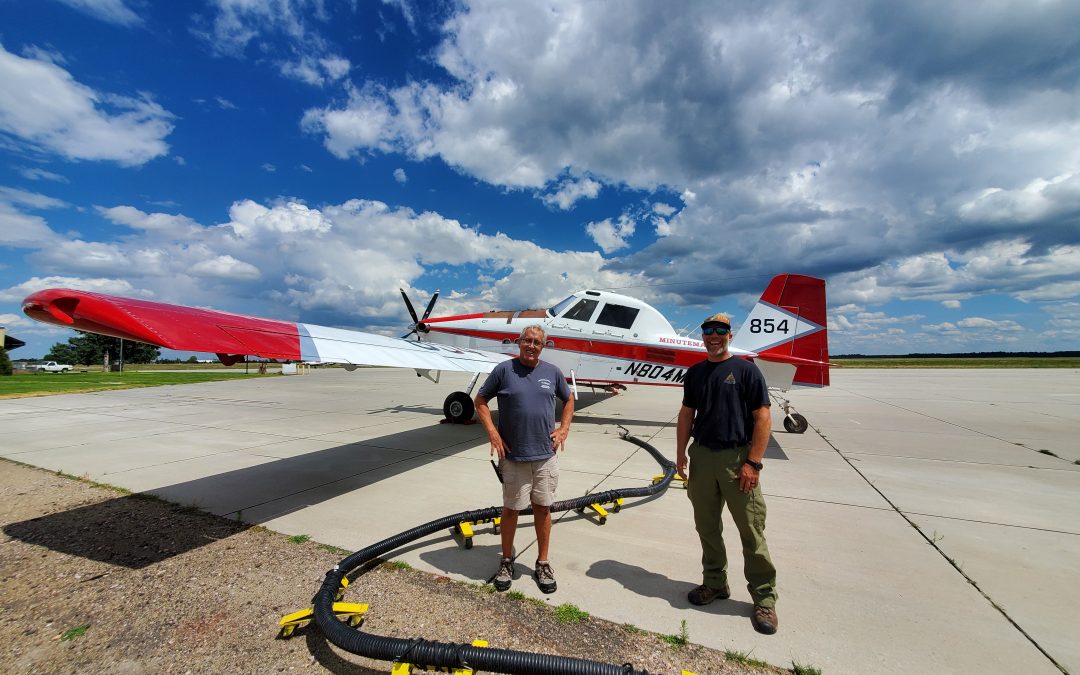 The Single Engine Air Tanker firefighting aircraft is once again stationed at Miller Field in Valentine starting this week. The aircraft is a joint effort of Nebraska Forest Service and Nebraska Emergency Management and will serve mostly the Northern Nebraska region from Chadron to O’Neill. The plane can be sent to help fight fires in other locations, but has an emergency call back designation which means it would be called back to this area if needed. According to Justin Nichols, from the forest service, the plane named “Minuteman” is here to assist local fire fighters in battling wildfires. It takes about 12 minutes from the time the plane lands until it can be refilled with up to 800 gallons of water or fire retardant and becomes air borne again. The aircraft will be stationed in areas where the fire danger is the greatest in Northern Nebraska.