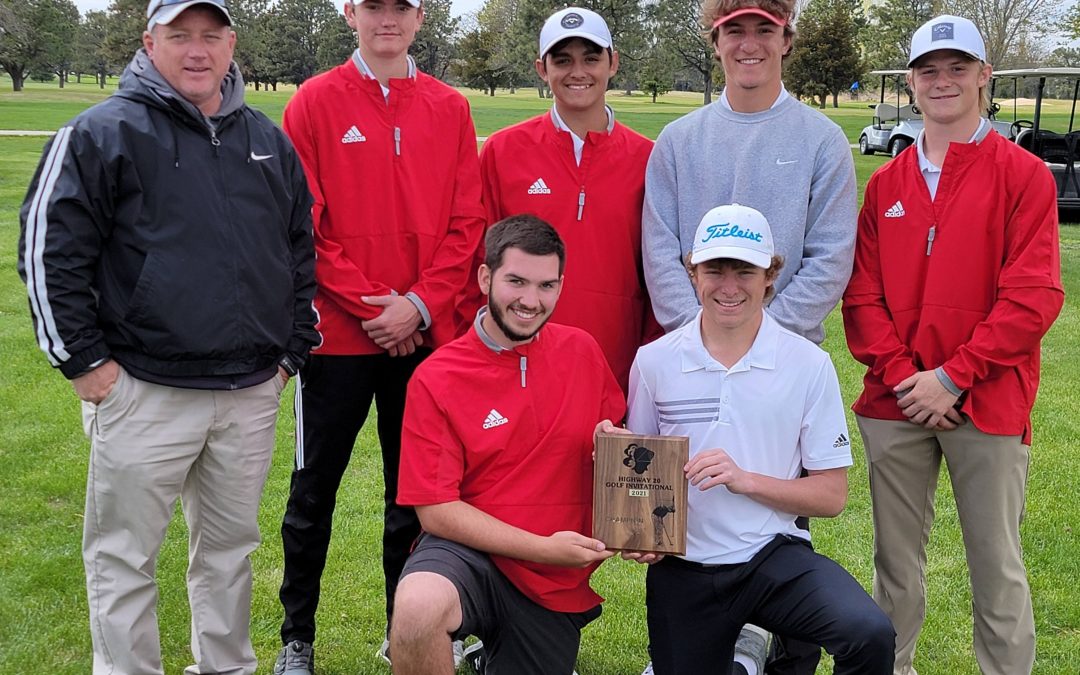 Valentine tied for 1st place with Neligh-Oakdale with a score of 385 at the Bassett Golf Invite on Monday, May 10, 2021.

Ryan O’Kief tied for 1st place with an 83 and went to a sudden-death playoff against Preston Crosley from Niobrara/Verdigre. Ryan won the playoff in two holes with back-to-back pars.

After Ryan’s 1st place playoff, the top four players from each team went out and played a team-sudden-death playoff. Representing Valentine in the playoff was Ryan O’Kief, Kane Fowler, Chris Williams and Jackson Ravenscroft.
This ended after a two hole playoff with Valentine Team being victorious by two strokes.

Also medaling was Kane Fowler 12th with a 97.