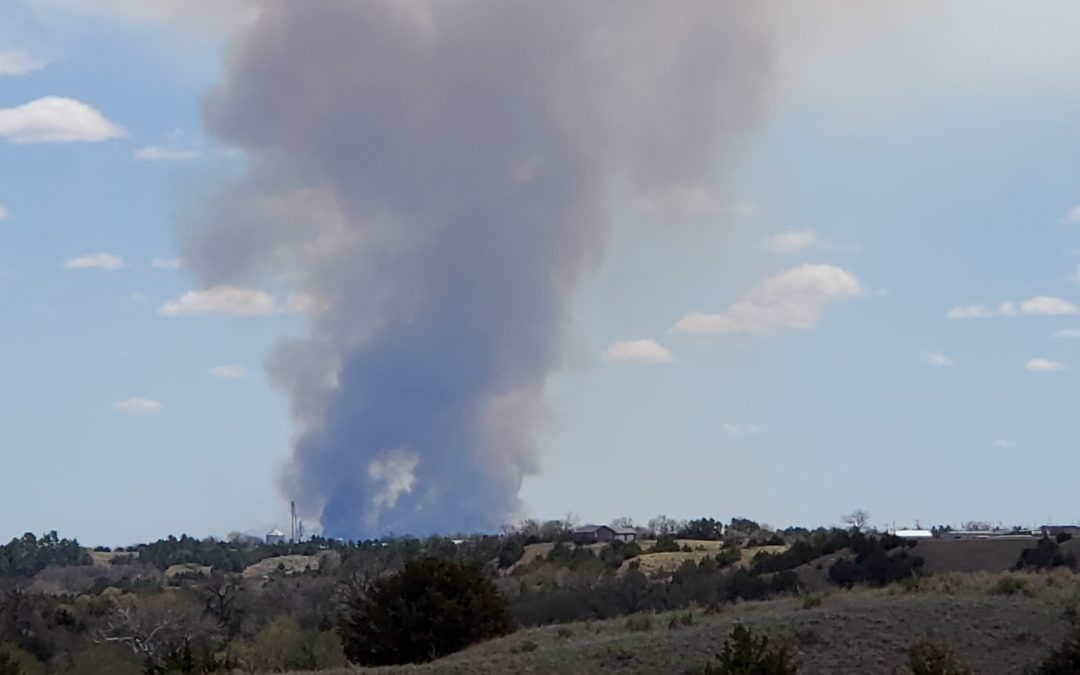 A prescribed burn at Ft. Niobrara east of Valentine on Tuesday caused some concern when people saw the huge plume of smoke generated by the fire. The fire did jump the boundaries of the planned burn area due to a weather related phenomenon and burned up to 20 acres on adjacent private land.  According to Valentine Fire Chief Terry Engles, his department was called out to assist in containing the fire. Engles also reported that the department was called out again shortly after 3pm to a report of a tractor fire Northeast of Valentine at the Ken Stephens ranch.