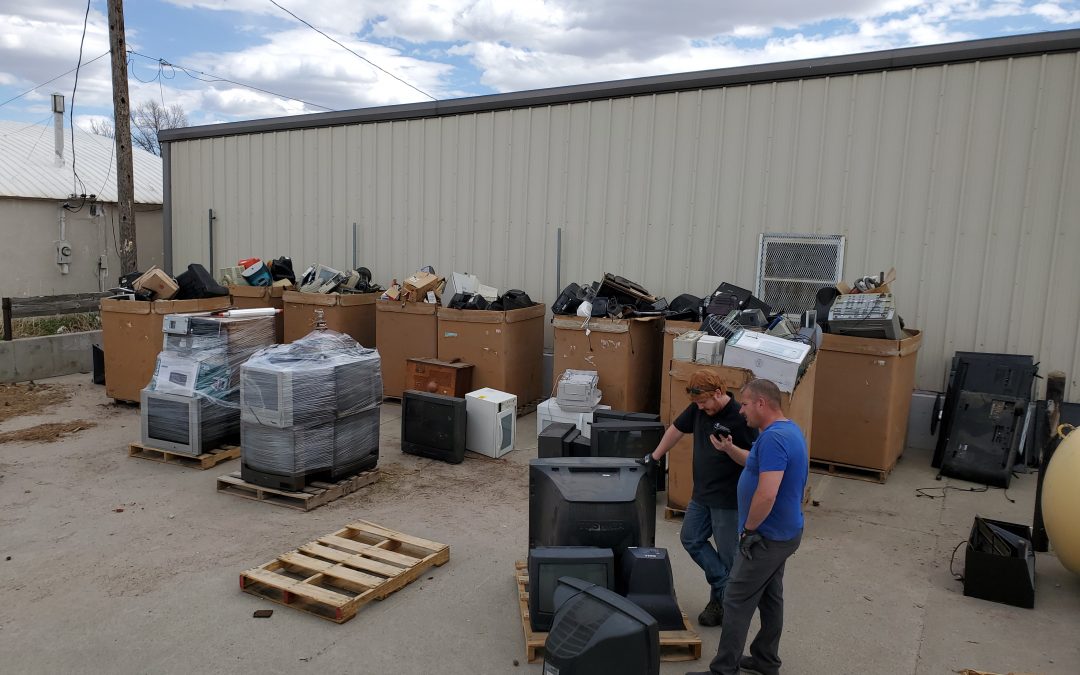 The North Central RC&D hosted another successful recycling event in Valentine on Tuesday.  Following the 300 tons of tires collected in April, the electronics recycling event on Tuesday gathered two semi loads of items to be discarded. According Kim Burge of the RC&D, almost 200 vehicles dropped off anything from one cell phone to a pick up load of electronics. Items were also collected in Springview and Bassett, then transported to the Valentine site.  More information will be released about the recycling from the North Central RC&D. One loaded semi hauled away the first load Tuesday and another truck will be sent to transport another 12 pallets of overflow items. Hundreds of old tube type TV’s were collected to be disposed.