The Bureau of Alcohol, Tobacco, Firearms and Explosives and the National Shooting Sports Foundation, the trade association for the firearms industry, announced a reward today for information leading to the arrest and conviction of the individual responsible for a burglary that occurred Sept. 27 at LaCroix’s True Value, a federal firearms licensee located in in Martin.

The Martin Police Department, South Dakota Division of Criminal Investigation, and ATF are investigating the burglary that occurred shortly after 3 a.m. that morning. Surveillance footage captured an individual breaking into the establishment at 302 Main Street. Investigators believe the suspects stole 10 firearms.

“Firearms theft is a very serious crime,” said Special Agent in Charge Terry Henderson, of the St. Paul Field Division. “Once firearms are stolen, they are often used in violent crimes soon after. We highly encourage anyone with information to come forward to prevent these firearms from being used in a crime of violence in our communities.”

ATF is offering a reward of up to $5,000, which will be matched by the NSSF for a total reward of up to $10,000. Information eligible for reward must lead to the arrest and conviction of those responsible for the burglary or aid in the recovery of the stolen firearms.

The increased reward is part of a larger national cooperative initiative in which NSSF matches an ATF reward in cases involving the theft of firearms from federally licensed firearms retailers. ATF works closely with members of the firearms industry to curb the criminal acquisition and misuse of firearms.

Anyone with information about the people responsible and/or information leading to the recovery of the stolen firearms should call ATF at 1-888-ATF-TIPS (1-888-283-8477) or the Winner, S.D., dispatch at (605) 842-1014, email ATFTips@atf.gov or submit information anonymously via www.ReportIt.com or the Report It mobile app, available on Google Play or Apple Apps Store. When using Report It, select “ATF – St. Paul Field Division” as the reporting agency. Provide as much information as you can relating to the identity and whereabouts of the individual or location of the missing firearms.

ATF is a bureau within the Department of Justice whose mission is to prevent, interrupt and remove violent gun crime from American communities. The Saint Paul Field Division works with local, state and federal law enforcement and public safety organizations to combat violent gun crime in South Dakota, North Dakota, Minnesota, and Wisconsin.

The following images are still-frame images of surveillance footage captured during the break-in at LaCroix’s True Value Sept. 27, 2020, taken from ATF’s website: https://www.atf.gov/news/pr/10k-reward-offered-info-martin-sd-firearms-burglary 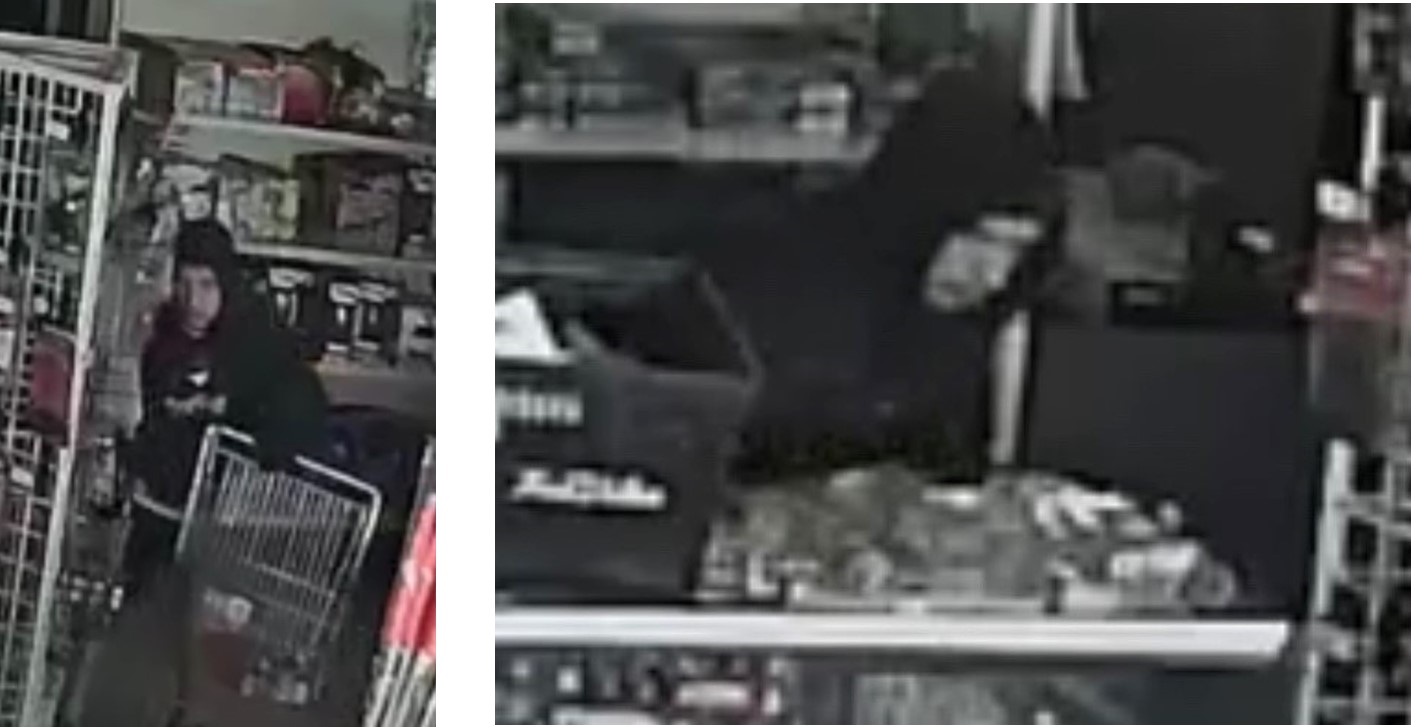