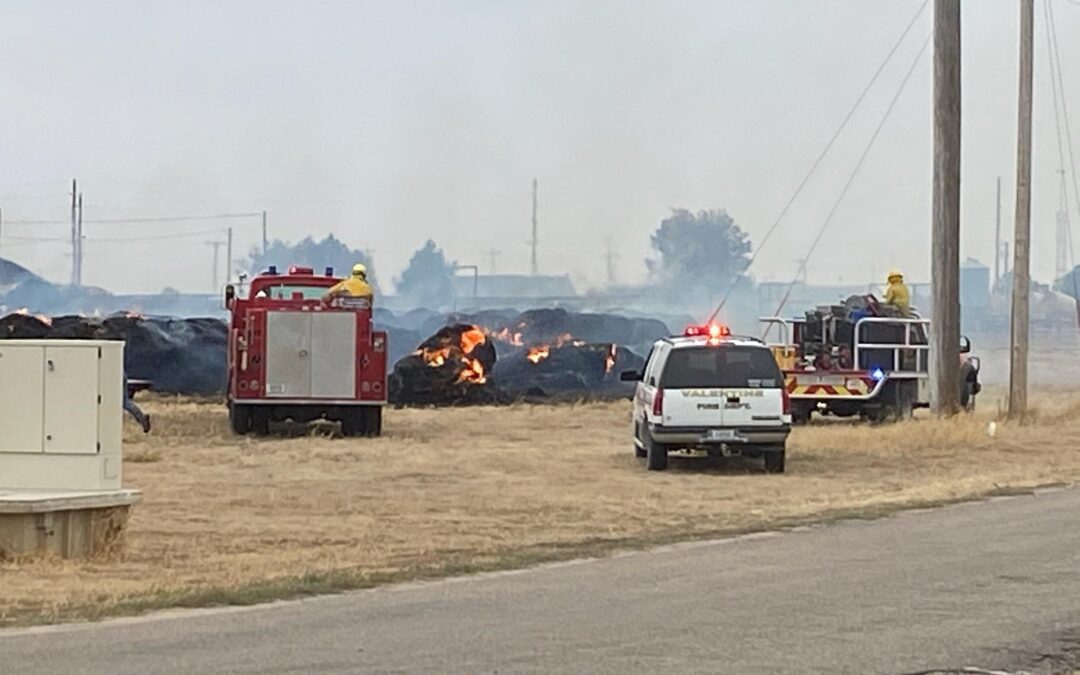 The Valentine Volunteer Fire Department was called out shortly after 1 pm on Sunday, October 11, 2020, to a bale fire at the Valentine Livestock Auction. According to Fire Chief Terry Engles, about 80 big round bales were destroyed. The SEAT airplane stations here did drop three loads of retardant in the area as a precaution. Peak wind gusts in Valentine were 46 mph from the NW. No injuries were reported and mop up operations lasted until shortly before 8 pm Sunday evening. The cause of the fire has not been given at this time.