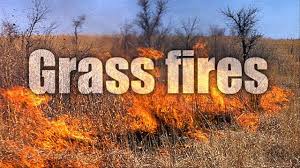 A wind-driven fire swept through parts of north central Cherry County on Monday afternoon. The cause of the fire, which began south of the Bob Simmons place, is still under investigation. Over a dozen fire departments and agencies assisted in fighting the blaze. According to Merriman Fire Chief Clifford Cady, around 9,000 acres burned in a 14 mile path that varied from a quarter of a mile to as much as two miles wide. No hay or structures were lost, but some fence damage was reported. Crews from Merriman, Cody, Kilgore, Valentine, Gordon, Rushville, Vetal, Tuthill, Martin, Barley, and Mid-Cherry responded with help also from CSS Farms and Cherry County all helped control the fire shortly before dusk Monday. No injuries were reported.