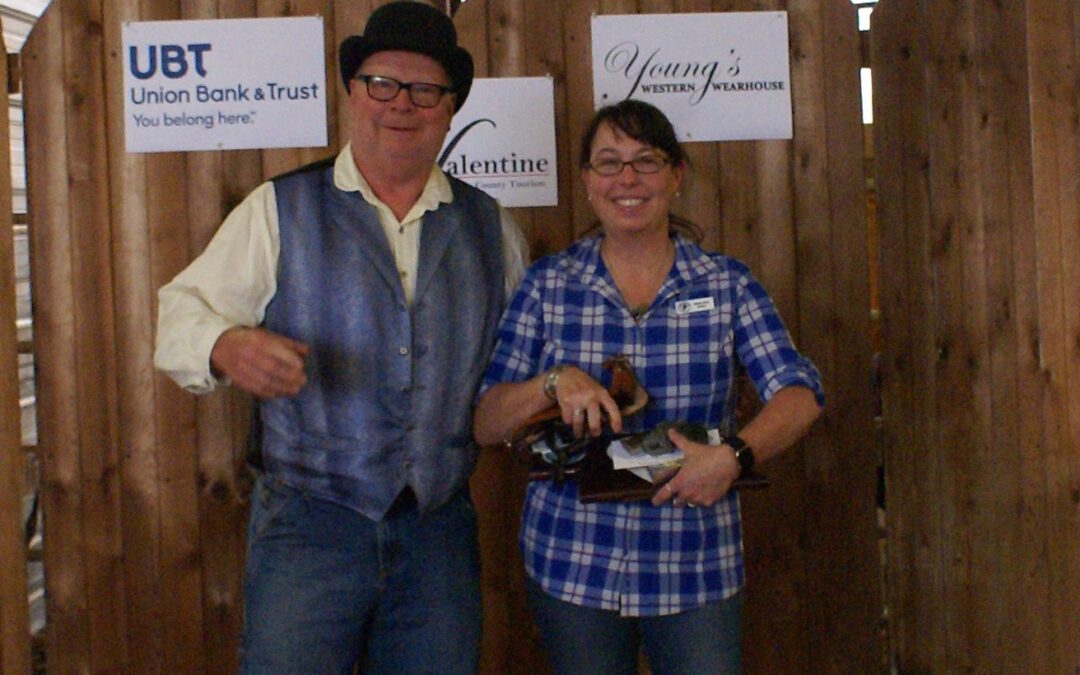 Over 100 competitors from 14 states competed last week in Cowboy Fastdraw Association matches in Valentine.  The 4 days of competition included the South Dakota State Championships, Nebraska Championship, and Great Plains Territorial Championship. Approximately 70 men and 30 women competed. This event was the largest shoot held in the nation this year.  The competitors all used 45 long colt pistols and shot at 24 inch targets from 21 feet away.  Winning times in the men’s, were less than a third of a second. Some women were also shooting below 4 tenths of a second.

The Sparks Spurs Chapter of the CFDA hosted the event held at the Cherry County Fairgrounds. Joan Swim of Springview was the winner of the four gun pistol raffle. The Sparks Spurs would like to thank The Gun Cabinet and Berry Creek Gun and Pawn for helping out on the raffle guns. They would also like to thank major Sponsors Union Bank and Trust, Young Western Wear and Cherry County Visitors Promotion Board for their support.

Each shooter received a welcome bag with information about the community and free gift merchandise. There were numerous positive comments about the community in general and how the shoot was ran. A big thank you from the Sparks Spurs to all contributors and supporters of this event.