Stimulus Debit Cards Getting Thrown Away 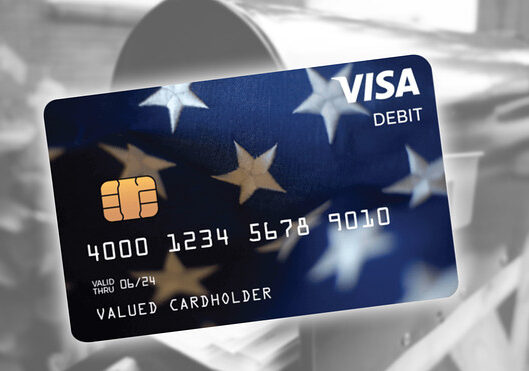 Attorney General Doug Peterson is advising consumers that the U.S. Department of Treasury has adjusted certain features of its Economic Impact Payment debit cards in response to feedback from consumers.

Over the last two weeks, millions of Americans received their stimulus payments by prepaid debit card, instead of by paper check. Many consumers believed their card to be fraudulent or a solicitation and discarded it. Those consumers later had difficulty getting a new card without the card number and experienced significant wait times when contacting the card servicer MetaBank.

The Nebraska Attorney General’s Office heard from Nebraskans over the last two weeks with questions and concerns regarding the cards.

“Our office received numerous calls from rightfully suspicious Nebraskans who recently received these prepaid cards,” said Attorney General Peterson. “We appreciate every Nebraskan exercising a healthy dose of skepticism when it comes to unsolicited offers of financial assistance, but we assure the public that the Economic Impact Payment Card is legitimate. We also appreciate the U.S. Treasury responding quickly to address feedback and frustration experienced by consumers.”

Specifically, the Treasury has:
waived the $7.50 replacement fee for the first replacement card;
made improvements to its phone system to help recipients reach a live customer service representative;
increased the daily limit for cash withdrawals from $1,000 to $2,500;
allowed recipients to transfer all of the money from their card to a bank account for free; and
updated the FAQs on EIPcard.com to explain these and other card features to consumers.
Consumers needing a replacement card should call 1-800-240-8100 and follow the prompts for a lost or stolen card. Cards issued with an incorrect last name (such as a spouse’s maiden name) are still valid and do not need to be replaced. Treasury officials will continue to work with MetaBank to update the EIPcard.com website to address these and other issues as they arise.

Additional information regarding the cards may be found in the Consumer Financial Protection Bureau’s blog post.