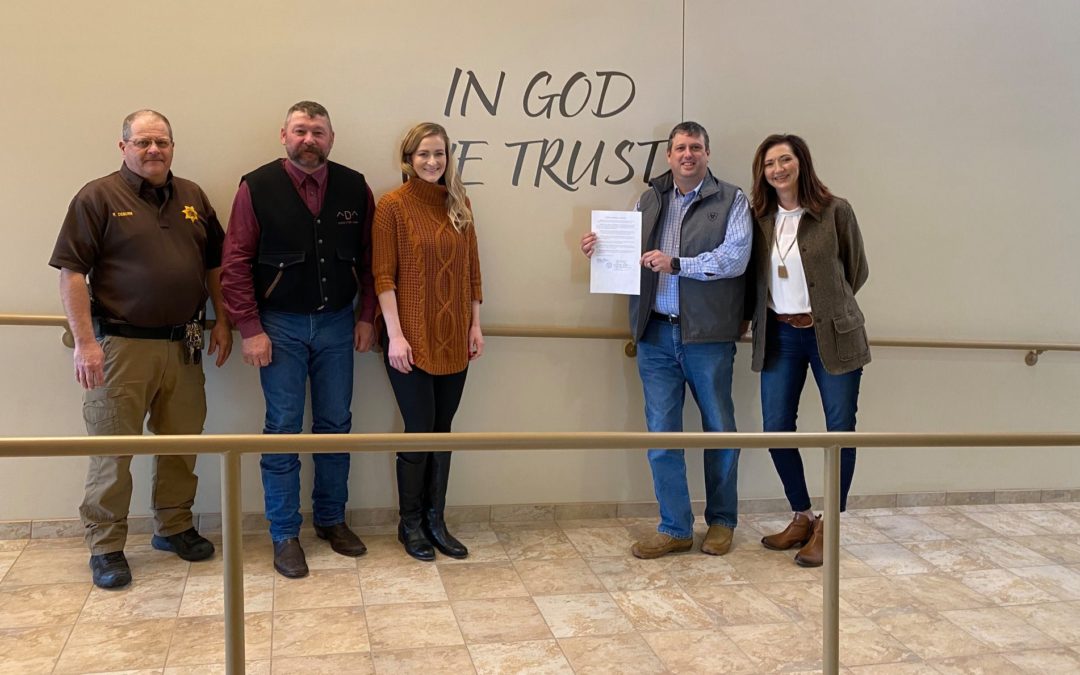 At Tuesday’s regular meeting, the Cherry County Commissioners approved a resolution in support of the second amendment in the US and Nebraska Constitutions. The resolution states that it is the right of the people to keep and bear arms and that right shall not be infringed. The resolution also states that the board affirms its support of the duly elected Sheriff of Cherry County and his efforts to uphold the constitutions.

In other business, the board continues to work with the Village of Kilgore on drainage issues and discussed ongoing efforts to install a culvert to assist with drainage. Todd Rothluenter represented the village in discussions with commissioners.

The commissioners also passed the one and six year highway improvement plan.  The plan is essentially the same at last year, when extensive flooding prevented normal improvements to roads.

The discussion concerning the Veterans memorial funding was postponed until the next meeting, which will be on March 10th.