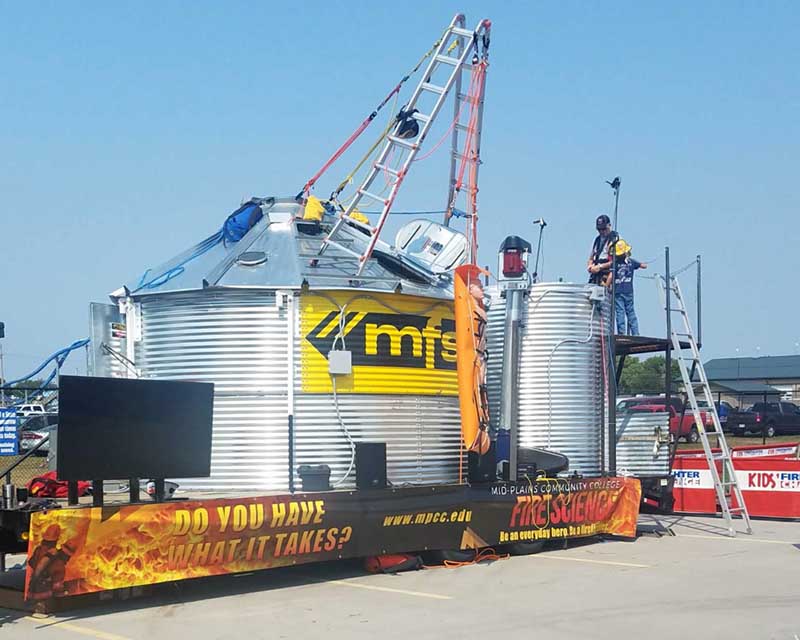 Classes are scheduled for Broken Bow, Imperial, Ogallala and Valentine. Costs vary by location. The schedule is as follows:

“Awareness is just so important right now,” said Tim Zehnder, director of Fire Science at MPCC. “We don’t have any official numbers on 2019, but based on the preliminary numbers I’ve seen, the total of grain bin related accidents will be high. There were 61 grain bin related deaths nationwide in 2018, which was a 13 percent increase over the year before. A guy just died in Minnesota on Tuesday as a result of a grain bin accident.”

Zehnder said recent weather patterns may have something to do with the increase in casualties.

“We always see more injuries and deaths after a bad crop year,” Zehnder said. “When the crop is wet going into the bin, there’s more trouble with grain flowing because of moisture and spoilage. That’s when producers enter the bins to try to clear things out.”

His classes at the community campuses are designed with farmers and emergency responders in mind. Training will be primarily hands-on using the college’s grain bin rescue simulator – the only one in Nebraska.

“Participants will learn how to keep themselves safe when working around grain bins,” Zehnder said. “Additionally, emergency responders will learn how to remove someone from a bin. They will get to practice with the ropes and haul system, rescue tube and rescue auger.”