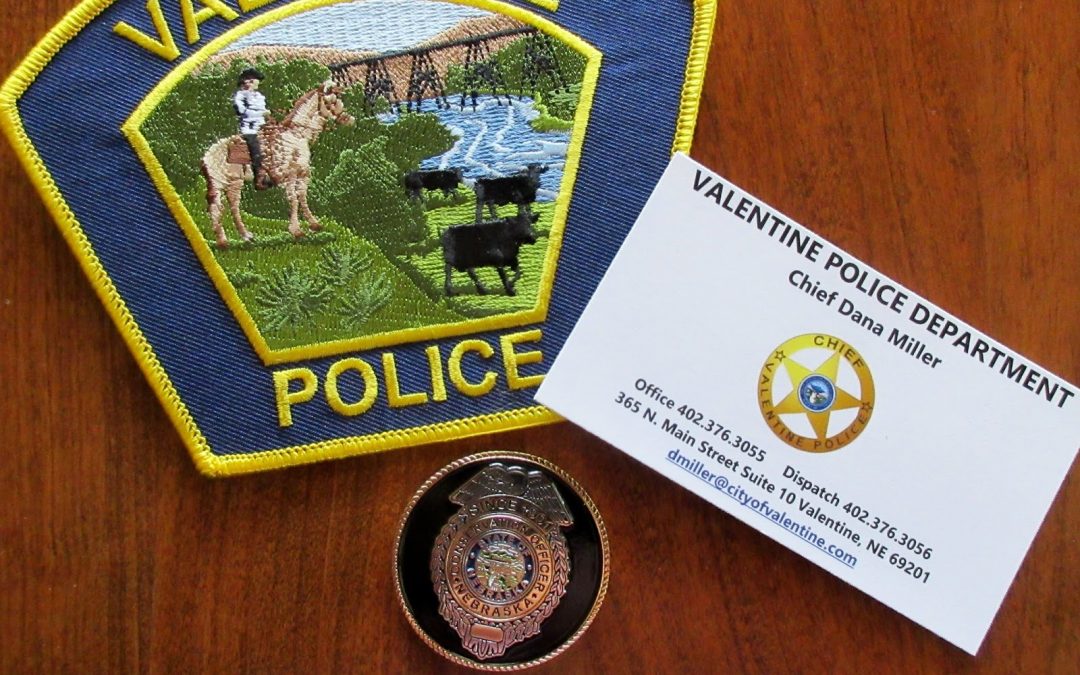 On 10/22/19 at 12:40 pm, an Officer made contact with a 25 year old Valentine man near the intersection of B and Wood Streets.  An arrest was made for an active Cherry County warrant for failing to pay on a DUI charge.

On 10/22/19 at 8:16pm, an Officer conducted a traffic stop near the intersections of highway 20 and Main Streets.  The 48 year old South Dakota woman was cited for a vehicle registration violation.

On 10/24/19 at 1:08 am, an Officer conducted a traffic stop in the 300 block of east B Street.  Following an investigation, a 26 year old Valentine man was arrested on suspicion of operating their vehicle while under the influence and careless operation.

On 10/25/19 at 9:45pm, an Officer responded to the 100 block of north Lodi Street in regards to a domestic disturbance.  Following the investigation, all reports and evidence were  forwarded to the Cherry County Attorney for review.

On 10/27/19 at 10:23 pm, Officers responded to a home in the 500 block of north Ray Street in regards to a burglary.  Multiple items were stolen from the home to include a television.  Anyone with information regarding this burglary are encouraged to contact the department immediately.

Officers responded to 141 calls for service this week.