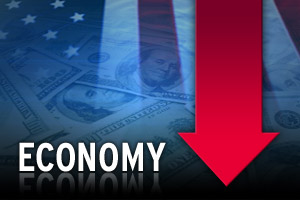 A report from a federal commerce bureau says the economies of Nebraska, Iowa and South Dakota logged the worst performance in the U.S. in the beginning of 2017, with economic output declining in all three states.
Data from the Bureau of Economic Analysis shows that from January through March this year, Nebraska’s economic output declined by 4 percent when compared to the final quarter of the previous year, making it the worst of any state. South Dakota ranked second-worst with a 3.8 percent decline, followed by Iowa with a 3.2 percent decline.
The Omaha World-Herald reports that the bureau is a federal agency from the U.S. Department of Commerce. It measures a state’s “real” gross domestic product, which is the market value of goods and services produced in-state.