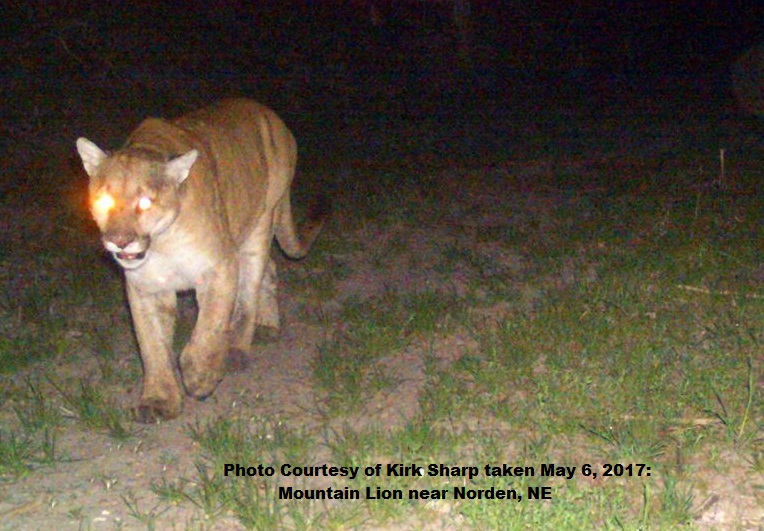 According to AP (Associated Press), State wildlife officials say a mountain lion believed to have killed a calf on a ranch in far northwestern Nebraska has been shot and killed.

The Nebraska Game and Parks Commission said Thursday that officials confirmed a male cougar killed the calf on land near Hay Springs.  The landowner contacted commission officials Tuesday after finding the calf carcass.

The commission says game officials and the landowner then found and killed the cougar.

State officials say it’s the second confirmed instance of a cougar killing livestock in Nebraska in modern times.  The first happened in 2014.

Mountain lions are native to Nebraska, but vanished in the late 1800s after settlers began poisoning and hunting them.  State officials have estimated there are now about two dozen or fewer mountain lions in Nebraska.