Fire Crews Respond to a Variety of Calls 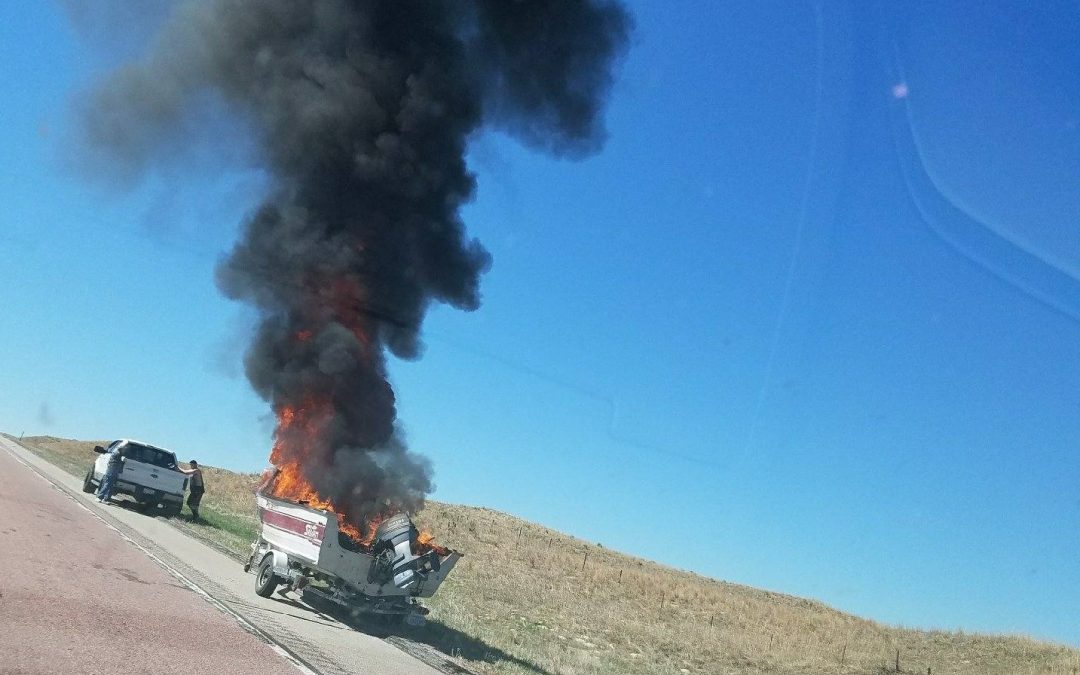 The Valentine Volunteer Fire Department was dispatched just before 11 am on May 5 to the report of a boat on a trailer that had caught fire at mile marker 189 south of Valentine on Highway 83.  According to Fire Chief Terry Engles, the cause of the fire was likely an electrical short in the console of the boat, however additional details have come in that now suggest otherwise. The boat, owned by travelers from Columbus, NE, was considered to be a total loss.  Fire crews were on scene for approximately one hour.

At 11 am mountain time, the Kilgore Fire Department was called out to a grass fire just north of Kilgore at the Bryant Ranch.  According to KFD Chief Todd Rothleutner, the fire was started by a cutting torch, and burned less than an acre.

Additionally, a prescribed burn was planned beginning at 11 am on National Forest land at Halsey.  Almost 1,000 acres on the Double S allotment was expected to be involved.