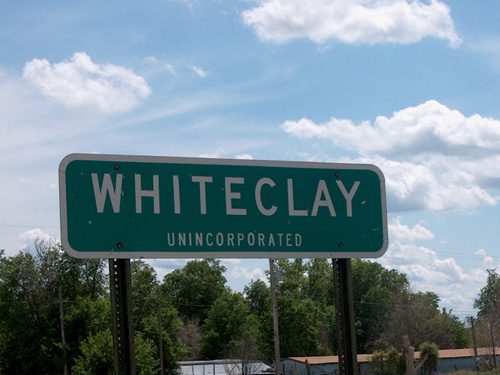 A judge on Thursday overturned a decision that had barred four Nebraska stores from selling beer next to an officially dry American Indian reservation in South Dakota that struggles with alcohol-related problems.
The ruling was a setback for those who want to close the stores in Whiteclay, an unincorporated village of nine residents that sells millions of cans each year next to the Pine Ridge Indian Reservation. Critics blame the stores for widespread alcoholism and high rates of fetal alcohol syndrome on the reservation, which is home to the Oglala Lakota Tribe.
The Nebraska Liquor Control Commission ruled last week that it would not renew the stores’ licenses, citing a lack of adequate law enforcement in the area. Whiteclay is known as a spot where people drink, sleep and sometimes fight in public.
Lancaster County District Court Judge Andrew Jacobsen agreed with the stores’ arguments that the decision by state regulators was arbitrary and unreasonable and ran afoul of previous Nebraska Supreme Court rulings.
The liquor control commission “is vested with discretion in the granting or denial of retail liquor licenses, but it may not act arbitrarily or unreasonably,” Jacobsen said in the ruling.
The court has said the state must automatically renew licenses when a licensee is qualified to hold one, when the premises haven’t changed and the premises are still suitable for sales. Jacobsen said the commission failed to show that any of those conditions was not met.
The commission, represented by the Nebraska attorney general’s office, can appeal Thursday’s ruling to the Nebraska Supreme Court. A spokeswoman for the attorney general said state attorneys are reviewing the decision.
“Going into this, we were confident that if somebody looked at the facts and applied those facts to the law, we would be successful,” Andrew Snyder, an attorney for the beer stores, said Thursday.
A spokesman for the Oglala Lakota Tribe in Pine Ridge, South Dakota, said he had not yet seen the ruling and needed to consult with the tribe’s president before commenting.
John Maisch, a former Oklahoma alcohol regulator who has advocated closing the stores, said he was confident the courts would eventually uphold the commission’s decision.
“Nebraskans see suffering in Whiteclay and want it to stop,” he said. “Taxpayers see hundreds of thousands of dollars being spent on law enforcement in this tiny, unincorporated town and want those dollars spent elsewhere. That will happen in due time.”
Frank LaMere, an activist who has spent decades trying to shutter the stores, was “hugely disappointed” by the ruling.
“I apologize as a Nebraskan to my Oglala relatives,” said LaMere, a member of the Winnebago Tribe of Nebraska. “There are many of us here who do see the death, the dying and the devastation that the judge just ignored under the color of law.”