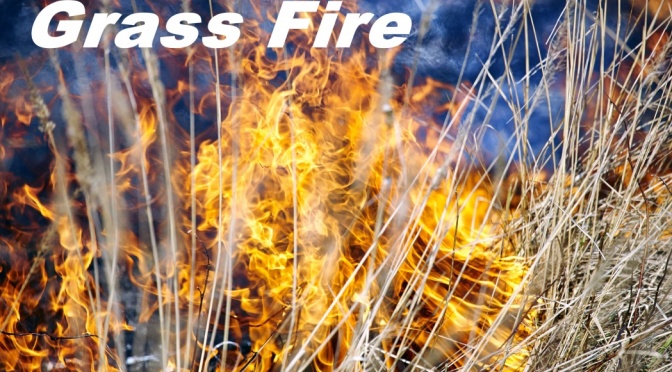 A lightning strike early Saturday morning sparked a grass fire southwest of Johnstown that burned more than 1,000 acres of Sandhills pasture in extreme eastern Cherry County.
According to Ainsworth Assistant Fire Chief Tony Ruhter, at approximately 2:30 p.m. Saturday, April 15, firefighters were called to a report of a grass fire 5 miles west of Rat Lake southwest of Johnstown on property owned by Scott Flannery and the Higgins Ranch.
Ruhter said the fire likely started from a lightning strike early Saturday near an abandoned building site. He said the fire smoldered until the wind picked up from the north and started pushing the fire south.
Ruhter said the fire burned the abandoned building and close to 1,500 acres of pasture. He said it didn’t appear that any fence was destroyed. Firefighters from the Ainsworth, Johnstown, Raven, Calamus and Purdum volunteer departments responded.
Ruhter said the fire was extinguished by about 4:30 p.m., and firefighters returned to the Ainsworth Fire Hall by 6:30 p.m. He said the Purdum Volunteer Fire Department remained on scene to make sure the fire did not flare back up.
“It was actually good for us all to get the equipment out and make sure everything was running,” Ruhter said. “One issue we had was we ran out of water. None of the pipes or windmills were turned on, so we didn’t have a water source to draw from.”
-From KBRB Radio